Care of the fittings

Villa Rossi, one of Abruzzo’s most elegant reception venues, is an old farmhouse which dates back to the early 1800s and which has remained the property of the Rossi family to this day. It is intriguing to delve back into history, and to find out more about this amazing Villa which has become the flagship of the city of Silvi Marina. Back in the early 19th century, the villa was used as a holiday home by Alessandro Rossi (1853) and his family: and when he and his wife, Filomena Cerulli relocated from Mosciano Sant'Angelo, it became the family home  ...

Whatever the celebration, we will ensure it is a special and unforgettable occasion...

Why not stay in the exclusive turret, the ideal place to be for a truly romantic occasion!

The aim of our Restaurant is to offer traditional local dishes enhanced with...

An ancient villa from the early 1800s

In the mid Nineties, Villa Rossi underwent a programme of major restoration which continued on until recently, and whose splendid results can now be fully appreciated. Architect Alessandro Rossi, the heir and owner of this incredible villa, personally handled the work.

After some years of careful research, Alessandro finally succeeded in bringing together a collection of photos and the original plans of Villa Rossi: he drew first-hand accounts and the stories of those who lived in Silvi at the time of his ancestors, amassing enough documentary evidence to piece together the Villa’s history and to recreate details of the original architecture (materials from the library of Silvi, photos and postcards from the last century...).

Armed with this material, in the mid-1990s Alessandro finally began restoring the Villa to its former glory.

Back in the early 19th century, the villa had been used as a holiday home by Alessandro Rossi (1853) and his family: and, when he and his wife, Filomena Cerulli relocated from Mosciano Sant'Angelo, it became the family home ...

Ambrogio and Aurora had 12 children: among them Alessandro, forefather to the present heirs of Villa Rossi. When Alessandro married Filomena Cerulli, a woman from a noble family in Teramo, their heritage became all the greater, and their joint property expanded to cover a vast area from Teramo to Mosciano and Silvi Marina.

It was the architect, Alessandro Rossi (1936-2005) who restored the Villa, after the family house has been abandoned for 30 years, transforming it into one of the best restaurants and reception venues in Silvi Marina.

Today, his children, Alessio and family have the privilege of managing a Villa that is an important piece of Abruzzo’s history (read more about the Rossi family at www.defilippis-delfico.it).

The Art of Taste
Our unique and refined cuisine is expertly curated by our Chef, Eugenio Pierfelice 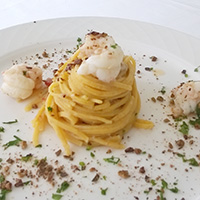 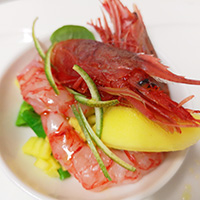 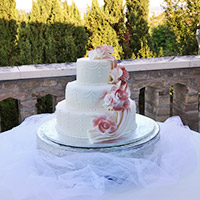 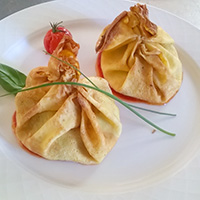 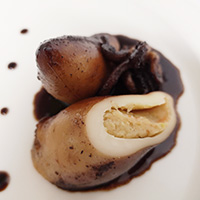 Ideal for weddings and exclusive events

This was my 4th vacations at Villa Rossi. The most wonderful & romantic residence for your holiday if looking for a quiet place, not too far from the seaside but still close to all the activities. Actually 5-10 min the walking distance. There are just...

Lovely tower in a beautiful villa

we were looking for a romantic getaway, and we noticed the website with a suite in a century-old tower ("torre")... great and beatiful villa surrounding, garden and terrace. the ownership was very kind, arranging for an early breakfast...

We have stayed here a few times and found Giovanna & Alessio, the owners, to be wonderful hosts. The food was superlative and on par with any top London restaurant! The rooms are comfortable and typically Italian...